Here is a guest post from a fellow always hungry wanderer, my Sister! Enjoy!

After studying abroad in Dublin, Ireland this summer, I found myself craving that European charm in everyday life. From the accents, to the diverse foods, even how different the culture was in general over there, I wanted to bring some of those elements here to Boston. Out of the eight awesome people that I lived with in Dublin, my two friends Joe and Caroline shared my love for baking and high tea. There were days where we would come home from our internships and share the new bakeries we found on the side streets of Dublin. This transitioned into the topic of High Tea. I would describe to the girls how jealous I was of all the guests at the hotel that I worked at who got to experience the Alice in Wonderland high tea. As our time in Dublin ended, we all agreed we needed to find somewhere back in Boston to experience a true high tea.

After doing some research and talking to my fellow hospitality experts, I stumbled upon the high tea offered at the Langham Hotel. Since I am in the School of Hospitality at Boston University, I often have assignments requiring me to work with various hotels around the city of Boston. This led me to already know the hotel, and it certainly was a perfect fit for afternoon tea. The Langham Hotel used to be a Federal Bank Reserve, but was converted into a hotel. The lobby is charming with chandeliers on the ceilings and soft pink and silver accents everywhere. Immediately to your left is a piano player, supplying music to the guests seated with cups of tea and tiers of finger sandwiches. 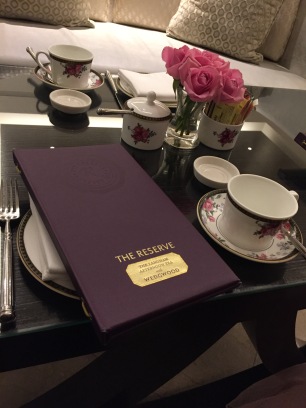 At around $50 per person, the Langham offers unlimited tea with three courses of finger foods. We started by selecting our teas, which took a while as the menu must of offered over fifteen different types of tea. I chose a peach vanilla tea, which I was very satisfied with. The first course consisted of various finger sandwiches, such as cucumber mint, a salmon whip with caviar on top, a chopped hard-boiled egg on white bread, and a chicken salad sandwich. Following the sandwich course was my favorite part: the scones. I was so excited for this part that I forgot to take a picture. The plate offered two scones per person with jam, butter and a lemon curd on the side. I was ecstatic! Joe, Caroline and I had been craving good English scones for months now, and we had certainly gotten our fix. 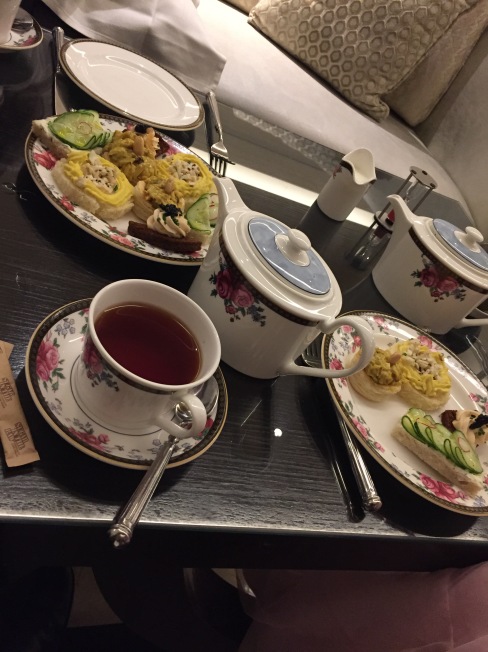 Of course, the excitement didn’t stop there. The last course consisted of desserts that looked too pretty to even touch. The plate consisted of pumpkin cream puffs, apple crisp shooters, chocolate pecan tarts, and chocolate brownies with heaping amounts of frosting on top. I tend to favor more desserts without chocolate on them, so I selected a pumpkin cream puff and an apple crisp shooter. Both were absolutely delicious. Joe and Caroline tried each of the other desserts as well and took some leftovers home. 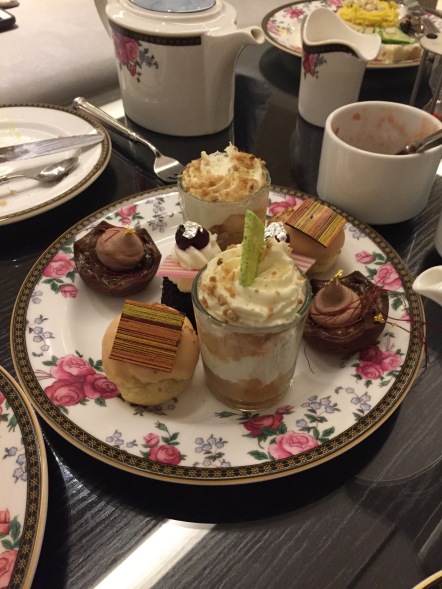 After four cups of tea and satisfying our European pastry cravings, we were ready to call it a day. If you’re ever in Boston and have already gotten you’re lobster roll and Dunkin Donuts coffee, call the Langham hotel and make a reservation for high tea. You’ll feel as if you’re back in Europe!

After four cups of tea and satisfying our European pastry cravings, we were ready to call it a day. If you’re ever in Boston and have already gotten you’re lobster roll and Dunkin Donuts coffee, call the Langham hotel and make a reservation for high tea. You’ll feel as if you’re back in Europe!

This first post is about my time in London. This was not my first visit to England’s capital. Actually, I visited twice before when I was in high school and it is the city that actually sparked my love affair with Western Europe. I went on to study Western European History in college and history is still something I am passionate about today.

END_OF_DOCUMENT_TOKEN_TO_BE_REPLACED

“People who love to eat are always the best people.” ― Julia Child

Where have I been and what have I eaten?

Follow The Always Hungry Wanderer on WordPress.com
Christmas is right around the corner! Thanks @libertylondon for helping me get into the Christmas spirit during my visit to London! 🎁🎅🏼 #christmas #christmasdecorations #christmasshopping #london #christmasinlondon 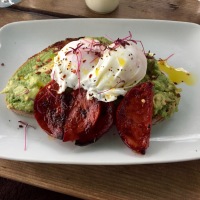 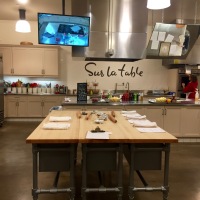 Maybe not today, maybe not tomorrow...but soon! And for the rest of your life.

Make the most of your travels

The true adventures of a timid world traveler

My personal exploration of trying to balance a life of food, fitness and wanderlust while living in New York City.

The world is my museum

and I admire every painting

My personal exploration of trying to balance a life of food, fitness and wanderlust while living in New York City.

The Art and Craft of Blogging

The latest news on WordPress.com and the WordPress community.